Exploring the World of Food and Drink Trends What are the latest trends in food and drink? Mintel Key Account Director, Justin Nel, hosted a session at this year’s Naturally Good for retailers of the food and beverage industries on that every issue, with some key findings and unusual trends.

Here is what Nel had to say on the big four trends currently dominating the industry.

Fad diets and the rise of wellness-driven products

Nel spoke about the trend of self-fulfilling practices, which is the broader view that consumers have in relation to their health. This extends beyond standard trips to the GP and watching what we eat to mental, social and digestive health.

Nel said that Australians were on the leading edge globally when it comes to health trends and that we love diets that focus on avoiding or eliminating certain products like gluten and sugar.

Australia is also unique in that our Federal Government has endorsed one of the latest fad diets, the 16/8 intermittent fasting plan. This diet means you can essentially eat what you want but only in an eight hour window with the remaining 16 hours of the day allocated for fasting.

With total wellness now a focus, there are more products coming on the market that advertise added health benefits like probiotics, prebiotics and activated ingredients for immune health.

Elixirs are also rising in popularity, products that market towards mental clarity. Nel pointed out that 52 per cent of Australians believe that maintaining a positive mental health state is the most important factor in maintaining a healthy lifestyle, which has made these elixirs popular.

‘Guilt alternatives’ is another category that has tapped into the wellness trend. Products like Halo Top ice cream promote the fact that you can still binge watch Netflix and enjoy a tub of ice cream, while only ingesting 240 calories. 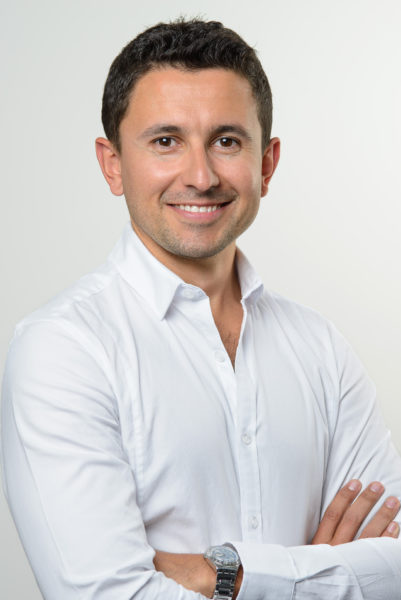 Modern media, traditional and social, have built a latent distrust into all of us.

Nel pointed out that, as a whole, 29 per cent of Australians do not trust the food and drink industry to ensure that products are safe for consumption, despite the fact that we have some of the highest standards in the world.

This trend is a challenge for food and drink manufacturers, as they have to work to build this trust back up.

Social media means that any flaw resulting in a recall will instantly spread like wildfire increasing negative perception. To compete with this, companies are using full disclosure to build trust.

Nel used the example of a New Zealand chip manufacturer that openly showed the potato fields were only 30 km from the processing plant, just down the road. He also used the example of a milk company that promoted the organic and lush lifestyle their cows live, which includes daily baths and music to promote their happiness and milk production.

Nostalgia and stories behind the brand are no longer the key to success, full disclosure is. And Nel said that technologies like QR codes and augmented reality were methods companies could use to show their consumers the full process of how the product is made.

Is the world ready for laboratory produced meat?

Science is a major trend in the food industry because it is essential, but is the world ready for it?

The world’s ever-growing population means that meat production as it stands has to increase by more than 50 per cent to keep up with the current demand. That would have major environmental impacts, which is why science is looking at alternatives like plant-based meat products and laboratory-generated meat.

While this is an emerging trend, it is attracting enormous investment from big players like General Mills, Tyson Foods Inc, Cargill Inc, Unilever and entrepreneurs like Richard Branson and Bill Gates.

A recent survey revealed that 29 per cent of UK residents over the age of 16 would try laboratory produced meat, which shows that acceptance is rising but still not at a mainstream level. So companies like Unilever are working with universities to create vegetable and plant-based steaks.

Technology is also replacing traditional labour, with harvesting devices like AGROBOT able to detect when fruit is at optimum ripeness and pick them at the perfect time.

Modern farming is seeing practices moved indoors, with the scale built upwards instead of outwards. These warehouse-contained farms create their own climate, use a very small land footprint and can increase the output of products harvested without using more land and water.

Instagram has generated a new generation of foods and drink.

More than 50 per cent of Australians take photos of their food, with social media platforms like Instagram promoting the sharing of meals.

This means the food manufacturers and restaurants/cafes alike have to bring their A game to appeal to the modern consumer. It has also given rise to creating new and unique textures to food to make them more photogenic, appealing and, in some cases, just plain weird.

Nel used the example of the Starbucks Unicorn Frappuccino, a multi-coloured drink that changes texture, colour and flavour depending on how your stir it.

In Sydney, you can now buy a bubble tea that is finished with a whisked cream cheese for an extremely unique flavour blend, textures and visual appeal.

Probably the most bizarre example Nel gave was the latest range of Calbee potato chips, which require chopsticks to eat. Why? Because they are somehow both wet AND crunchy. Amazing. 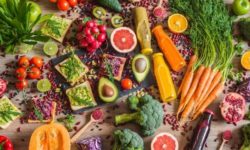