The Veganism Boom Could be Seriously Good for your Business Offering products that people want is a no-brainer when you’re running a retail business – and increasingly, it’s vegan products that more and more Australians want.

Don’t just take our word for it: Google Trends shows that in 2018, Australia ranked number one in the world for vegan searches, and four Australian cities scored spots in the global list of top 10 vegan cities. Plus, the Mintel Global New Products Database showed that between 2014 and 2016, there was a 92 per cent increase in the number of food products launched in Australia carrying a vegan claim.

Those statistics mean that Australia is currently the third-fastest growing vegan market in the world, with the country’s vegan packaged food market alone expected to be worth $215 million by next year, according to data from market researcher Euromonitor International.

“We started to see the vegan trend taking off about 18 months ago, and it’s still growing,” says Martine Cooper, general manager of buying for Healthy Life, which has almost 50 retail stores across the country. “It’s growing so much that 2019 may very well be the year that veganism goes from being considered a trend to being a normal part of life for a lot of Australians.

“The label carries such weight that we’re increasingly seeing customers come into our stores searching for any products that have the word ‘vegan’ on the packaging – currently around 15 per cent of the products on Healthy Life’s shelves are vegan-friendly.”

Even the big supermarkets are catering to the growing vegan market, with Woolworths confirming that they’re stocking dozens of new vegan-friendly products on the back of a 10 per cent increase in in-store vegan food sales between 2017 and 2018. 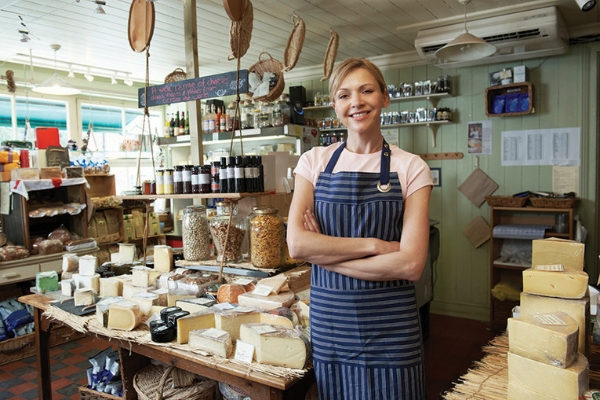 What’s driving the trend? Olivia Charlton, spokesperson for People for the Ethical Treatment of Animals (PETA), says there are three main reasons why people go vegan. “It’s either for their health, environmental factors or animal welfare, or a combination of all three,” she says. “The growth of veganism in Australia is due to the growing awareness and concern about those issues, which means this is far from a fad diet.

“For vegans who are vegan for ethical reasons, veganism is a lifestyle, one that extends further from the food they eat, to the home, fashion and lifestyle products they buy, as well.”

But you don’t have to be vegan to buy vegan, either. Research conducted by consumer, industry and market research company Roy Morgan found that while one in three Australians are already vegetarian or actively reducing their meat intake, every five minutes one more of us decides to eat less meat or go meat-free.

“Meat alternatives have become more popular as they’ve become closer in taste, texture and appearance to traditional meat,” says Charlton. “But according to Euromonitor International, the largest product sector for vegan labelling in Australia is dairy-alternative products, currently worth $83.7 million.”

Dairy-Free Down Under is an Australian, family-owned brand that’s contributing to those numbers after launching their range of products early last year, just before the 2018 Naturally Good Expo. “The expo was a huge turning point for us,” says Jenny Flanagan, who, with husband Kevin, is the brains behind the brand. “We were inundated with interest from buyers, retailers and distributors and now, a year on, we’re in more than 900 retail and fast food outlets, including IGA, Costco, Healthy Life and Zambrero.”

Born out of the desire for her family to be able to enjoy the same meal, despite one of her daughters being intolerant to dairy, Dairy-Free Down Under’s product range includes everything from mozzarella- and cheddar-style shreds, to cashew parmesan cheese and dairy-free mayo, aioli and sour cream.

“Dairy-Free Down Under is all about food inclusivity,” says Flanagan. “Everybody deserves a seat at the table and the freedom to enjoy healthy versions of their favourite foods. And the vegan community is very united, passionate and strong.

“As more documentaries and films are being released about the meat industry, and more glowy influencers come out as vegan, more and more people will get on board with the plant-based movement. Even if they’re not 100 per cent vegan, many people simply aspire to eat more plants because it’s better for their health and for the environment.” How to “veganise” your business

Whether you’re looking to start or grow your store’s reputation as a go-to for vegan-friendly products, the experts have three pieces of advice.

1. Verify a product’s vegan status. “It goes without saying that it’s incredibly important that all products claiming to be vegan on your shelves, are 100 per cent vegan,” says Charlton. “Apart from anything else, as a retailer, it’s very hard to get brand loyalty back if you make a mistake.” Vegan Australia has a certification program that allows manufacturers to display the Vegan Australia Certified logo, but in lieu of that, double-check with the producer.

2. Don’t underestimate your customer. “Australian consumers are very well educated and expect quality ingredients from a brand they can trust,” says Cooper. “The country of origin is also extremely important to them – something that’s vegan and Australian-made is a powerhouse combination.”

3. Research what’s popular – and stay nimble. “It’s vital to stay up-to-date with the latest trends and products, along with health advice,” says Cooper. Charlton agrees that doing your research is key. “As well as researching what’s out there, and what could be improved, consider joining vegan groups on Facebook and ask the community what they want.”