Third of Young Britons Have Switched to Plant-Based Milk A third of young Britons have made a switch to plant-based milk alternatives, according to new research from Mintel.

Driving the plant-based revolution, some 26% of women now use plant-based milk alternatives and as many as a third (33%) of 16-24s opt for these varieties. 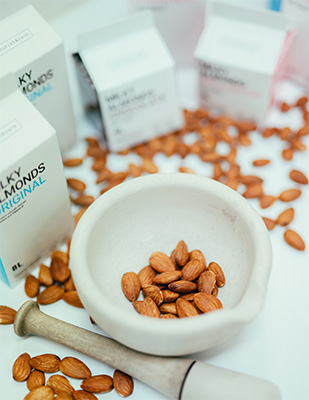 Emma Clifford, associate director of UK Food and Drink, said: “Plant-based milk alternatives continue to make further inroads into the mainstream, with high levels of innovation activity such as the entrance of Innocent Drinks to the market in 2018. Growth in this segment forms part of a much wider plant-based movement, driven by concerns around health, ethics and the environment, as well as by consumers’ love of variety in their diets.

“The shift towards the higher-priced plant-based alternatives will carry on, helping to add value to the market overall. Consumer interest in advice on how these alternatives suit different usage occasions signals marked potential to boost usage among current users and non-users alike.”

Traditionally a household staple, usage of standard cow’s milk is sliding among 16-24-year-olds, falling from 79% in 2018 to 73% in 2019. While cow’s milk still accounted for the vast majority of white milk sales in 2018 (96%), usage of this family favourite is increasingly skewed towards older consumers, peaking at 92% among over-45s.