Veganism and the Environment Many dubbed 2018 ‘the year of the vegan’, with plant-based meats and cheeses becoming staples in people’s pantry’s at home and on supermarket shelves. Vegan diets became increasingly mainstream, with consumers taking on the lifestyle change for a number of reasons, from helping to combat specific health problems, to helping protect the environment and animals.

This January saw over 190,000 people all over the globe, register to take part in Veganuary, an initiative kick-started in 2014 by a UK non-profit organisation. Since then, participation has more than doubled each year, with more and more people switching out animal products for more ethically produced products for the first 31 days of the year. Currently, the movement sees one person signing up to the 2019 challenge every 3.5 seconds!

The charity promote their main goal to be to inspire more people to try veganism, for whatever reason that may be, recognising that there are many different reasons as to why people make the pledge to go vegan. Beyond the more popular reasons people go vegan, such as animal welfare and for nutritional and health benefits, it is now becoming more noticeable how making the change to a vegan lifestyle can help better the environment.

Based on a global assessment done by the Food and Agriculture Organization of the United Nations, 14.5% of human-generated greenhouse gas emissions is made from farmed animals, more than cars, planes, trucks and trains put together, in comparison. Animal agriculture also plays a part in nitrous oxide emissions, with the gas released when animal waste is broken down, and 300 times more potent than carbon dioxide, as well as a larger potential to increase the effects of global warming. 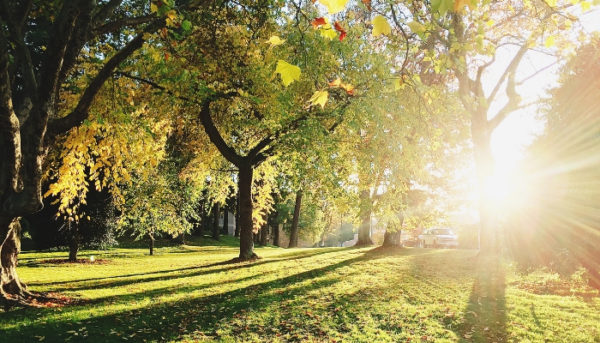 The waste that is produced from farming animals has been seen to also affect our oceans, with large amounts of fertilised manure (also known as slurry), leaking out into the natural waters and causing the growth of algae, which eventually decomposes. This process can cause what is known as dead zones in the ocean, areas of water that contain little to no oxygen, and harming the marine life. Many of these dead zones have been spotted, with ocean dead zones with zero oxygen having quadrupled in size since 1950.

The issue of plastic pollution was also brought to the fore front of people’s minds in 2018, with many conversations and initiatives started to help keep our ocean’s cleaner. However, it isn’t just plastic that could be causing our oceans’ harm. Fishing is bringing whole aquatic populations to the verge of collapse, with nets dragging up to trillions of fish, along with marine life who aren’t meant to be caught, like whales, dolphins, starfish and turtles.

Although Veganuary is well and truly under way, it doesn’t mean the vegan movement will stop there. Veganism has been taking the world by storm, with more and more consumers jumping on the bandwagon and altering their lifestyles to fit the vegan way of living. Retailers can expect to see even more demand for plant-based products ranging from food and clothing, to cosmetics and cleaning products.