A new university course launching this week will help further the nation’s commitment to the rapidly growing organic sector, particularly when it comes to organic agriculture according to the industry’s peak body, Australian Organic.

The Graduate Certificate in Organic Food and Nutrition, offered by Southern Cross University, is the first course of its kind in Australia solely dedicated to organic education.

The eight-month part-time course will develop students’ knowledge and practice in organic farming, sustainable and ethical food systems, the produce journey, and the connection between organic food and health.

Niki Ford, CEO of Australian Organic Ltd, said the course was a welcome development. “It is quite exciting that people can now study a Graduate Certificate in Organic Food and Nutrition at a formal level. Such a qualification is an enormous signal of the progress the organic industry has made over the past many years. This course will no doubt pave the way for new research and diverse opportunities.” Read our interview with Niki Ford. The course, which is offered by Southern Cross’s new National Centre for Naturopathic Medicine (NCNM), has been 12 months in development. The NCNM, which opened this year at Lismore, is the first institution in Australia to offer postgraduate pathways in naturopathy and is committed to elevating industry standards and finding solutions to Australia’s growing healthcare needs.

Units offered include Organic Food Systems; Farm Gate to Plate: Producing Food for Health; Dirt to Dinner: The Principles of Organics; and Food as Medicine.

Professor Jon Wardle, Director of the NCNM, said the university is still accepting applications and is anticipating a good response to the course. “Organics is a fast-growing industry, but there’s been little investment to date to support those working in the industry to deliver a critical and evidence-based understanding of organic principles and practicalities,” he said.

“The Graduate Certificate was developed to address this need. As people become more actively involved in their health management, they’re becoming increasingly interested in ensuring their food is sustainably and ethically grown for optimal health benefit.

“There are benefits to both consumers and food producers from being more actively engaged with the organic food sector, but until now there has been a gap in educational offerings in this area.”

The qualifications can be used in professions such as organic food production, health education and practice, and in policy at government levels. It also provides a pathway for further study at a Masters or Doctoral level.

Academic Dr Liza Oates will head up the first and most advanced unit – Food as Medicine – which explores the links between food and health, and how food can play an important role in contemporary medicine.

Dr Oates, who has been a naturopathic practitioner for 20 years, said the use of food for the treatment, management and prevention of disease is something that will grow in importance over the coming decades and needs more clarity.

“There needs to be more education around recommending foods that on the one hand promote health, but on the other contain substances that may potentially compromise it,” she said. “This was the impetus for my PhD research which investigated the health and wellness effects of organic diets and it is the reason there is a strong emphasis on the importance of organic produce in this unit.

“Using food as medicine has existed in traditional systems of medicine for thousands of years but until relatively recently, the therapeutic benefits of foods were based more on beliefs than scientific evidence. However, in recent years we’ve gained a better understanding of the mechanisms by which some foods have earned therapeutic reputations.

“Food as medicine is about more than just what constitutes a healthy diet. It’s about treating holistically and individualising dietary recommendations, so they align with the person’s values, culture and lifestyle. It aims to minimise harm and recognises food choices not only affect your health but also have ethical, social, economic and environmental effects on the wider community.”

Australian demand and exports regarding certified organic products are skyrocketing. The Australian Organic Market Report 2019 revealed the domestic market is worth $1.93 billion dollars whist Australia exported 30,155 tonnes of organic produce and products to 61 different countries. The EU also recently announced that 25 percent of all EU nations’ agriculture must be organic by 2030. 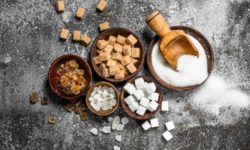 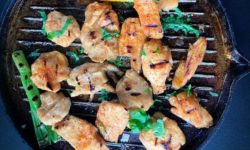 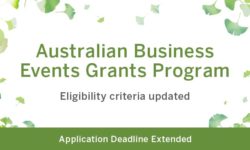 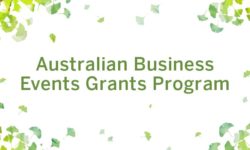